“The ones who are crazy enough to think that they can change the world, are the ones who do.”

“Innovators are the ones whose dreams are clearer than the reality that tells them they’re crazy.”

“If the going is tough and the pressure is on, if reserves of strength have been drained and the summit still not in sight, then the quality to seek in a person is neither great strength nor quickness of hand, but rather a resolute mind firmly set on its purpose that refuses to let its body slacken or rest.”

“Do not go where the path may lead, go instead where there is no path and leave a trail.” 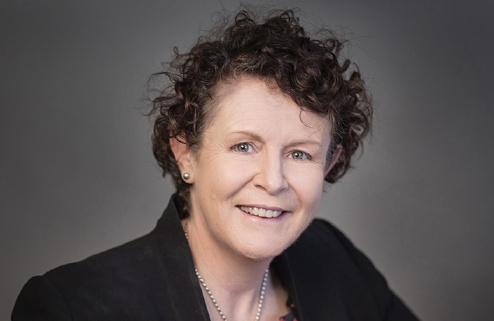 “Leonie Freeman is a change agent on steroids.  Her fierce intellect, entrepreneurial success,  honesty and commitment to social justice inspires all audiences.  Leonie articulates solutions to wicked societal problems using engaging stories and practical examples.  She is professional, prepared and practical.  I will always want to cross the room, and have a conversation with Leonie because she motivates you to make a difference. Leonie is dedicated to ensuring leaders rise to be their best selves”

Leonie Freeman is a business futurist, entrepreneur and speaker. She is a visionary leader and regarded as one of New Zealand’s leading business women having spent over 25 years disrupting and transforming businesses.  She was appointed CEO of Property Council of New Zealand in December 2018.

Leonie has a unique set of skills and has her finger on the pulse when it comes to transforming businesses and igniting innovation in organisations. Leonie doesn’t just talk about defying disruption or transforming businesses, she lives it with her definition of CPR – Courage; Perseverance; Resilience. She has an ability to craft powerful messages, which are humorous and inspirational, providing clear insights and takeaways which are actionable by all.

In 1996, she created the concept of what is now realestate.co.nz. The venture was originally known as RealENZ.co.nz. It was one of the first major commercial websites launched in New Zealand. Her next project involved the purchase of a small run-down residential property management business. Leonie totally transformed ‘Interactive’ before selling it in 2007.

After a well-earned break, Leonie focused on a contribution in the public sector including executive roles at local and central government levels. She believes that to solve some of our large complex problems in our cities, that we must find innovative and disruptive solution in working together.

With 8 years’ experience in the public sector she decided to again show leadership and courage and in 2016 launched thehomepage.nz. This is a philanthropic and independent initiative with the sole purpose of solving Auckland’s housing crisis and was the Chair of the Auckland Housing Summit (aucklandhousingsummit.co.nz).

In 2011, Leonie was appointed to the board of the listed company – Goodman Property Trust. Leonie is also a member of Global Women, a collaboration of New Zealand’s most influential leaders.

Leonie Freeman is a business futurist, entrepreneur and keynote speaker. She is a visionary leader and someone who has spent over 25 years actually disrupting and transforming businesses.

Leonie has a unique set of skills and has her finger on the pulse when it comes to transforming businesses and igniting innovation in organisations. She has an ability to craft powerful messages, which are humorous and inspirational, providing clear insights and takeaways which are actionable by all.

How to Defy Disruption and Ignite Innovation in your Organisation

Have you ever wondered how people seem to spot opportunities that have been right under our nose, and you think “why didn’t I think of that!” Or do you have an idea that might change something in your world but don’t know what to do next?

We all know the pace of change is increasing and we’re pedalling harder to keep up. Whatever role you play – the issue is often similar. The sense of excitement about future possibility can be overshadowed by the fear about whether we can even be able to keep up with the great wave of change and disruption that’s taking place. Just look around you. Every single new thing that exists today someone had come up with an idea, saw an opportunity and made it happen.

Dream It, See It, Do It – is a proven three step framework focused on defying disruption and igniting the spirit of innovation in your organisation.

In my presentations you will learn 4 key things:

Audiences will leave this compelling presentation with a game plan for successfully defying disruption and igniting innovation.

Dream It, See It, Do It is an ideal stand-alone conference keynote or an extended half or full day program.

Auckland is in a housing crisis. If we can’t find a path to solving it, we face a future of soaring prices, sliding supply, rising unaffordability, people living in cars, in garages and on the street. Many of our young people tell us they’ve already given up hope of ever owning a home.

Auckland isn’t alone. Cities the world over are confronting the same set of seemingly intractable challenges. Like Auckland, they are struggling to find a big fix to a big problem.

I’m convinced there’s a method available to tackle the’ fix’ we’re in. Collective Impact is a method that recognises that no single idea, organisation, or person is going to produce a silver bullet solution. Solving the housing crisis demands real leadership and coordinated collective effort with a long-term focus and a commitment to deliver measurable results. See www.thehomepage.nz.

Around the world, we have to solve the supply dilemma. We need a lot more houses. We need a lot less political profiling, empty talk fests and meaningless pledges.

A Proper Fix: Solving The Housing Crisis presents the key ingredients of a solution and a process for getting there.

In my presentations you will learn 4 key things:

Audiences will leave this compelling presentation inspired with a dynamic game plan of long-term sustainable change.

A Proper Fix: Solving our Housing Crisis is an ideal stand-alone conference keynote. It has also been successful as a full day programme in action – see www.aucklandhousingsummit.co.nz

Whatever leadership role we play, we all know the pace of change is increasing, and we are pedalling harder to keep up. The key leadership challenge is to anticipate the overcoming challenges and get ahead of the curve. Leadership CPR is a framework which provides key lessons and learnings based on

In my presentation you will learn 3 key things:

This 50 minute keynote presentation will ensure you understand key leadership attributes necessary to achieve the
business success you desire.

How to Build a Business, Not a Job

Have you noticed there are many entrepreneur business owners who are totally committed to their business, but their dream has turned into a nightmare? They become like a mouse stuck on a treadmill. What’s got them to where they are today isn’t going to get them to where they want to be.

There are 7P’s in my Ready Set Grow programme. The first 3 P’s are Thinking – Purpose, Prospect and Plan.
The remaining four are Doing – People, Product, Processes and Performance

Ready Set Grow is a proven programme to help business owners achieve success and turn the nightmare back into
a dream.

In my presentations you will learn 3 key things:

Audiences will leave this compelling presentation with a game plan for successfully creating transformational
business change.

Ready Set Grow is an ideal stand-alone conference keynote or an extended half or full day program. 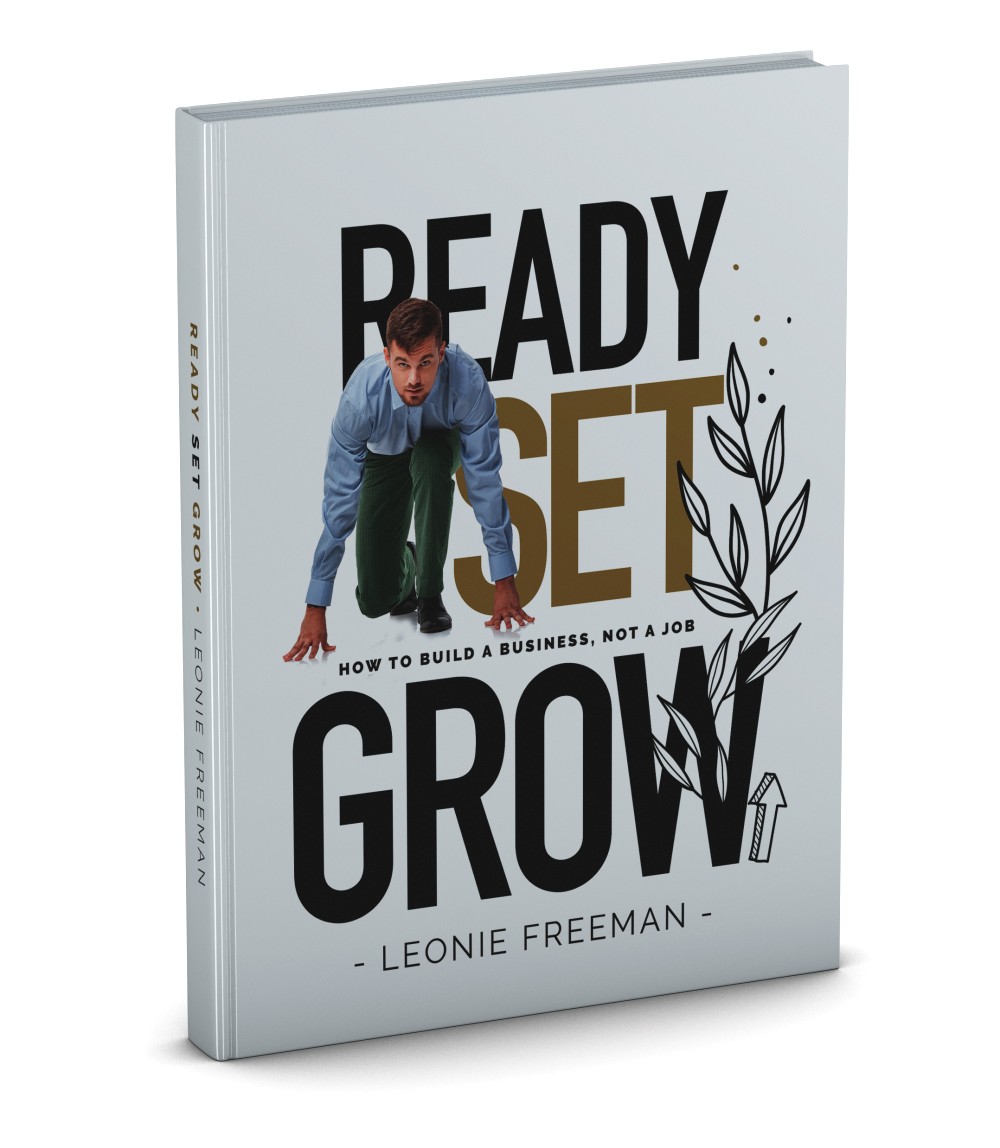 How to build a business, not a job

Many small business owners start with great enthusiasm for their new business, but after a few years give up due to frustration, staffing issues, bureaucratic nonsense, or running out of funds to keep going. It’s not all a bed of roses for sure, but for someone else coming along and picking up the pieces of your washed-up dreams, there’s potentially a gold mine you’re sitting on and maybe are unaware of it.

Before you walk away from all the hard work of creating and establishing a small business venture, you might want to sit down and read this book and identify for yourself exactly what you can do to turn things around. If you are seeking a new business to buy, you’re also going to love learning from Leonie Freeman’s own journey and wise advice.

Using her business model of the 7 Ps for Success – you can seize opportunities you may have not seen before to take your existing business and develop it into a high performing unit that grows, and that you can find pleasure in again.

This book provides a simple tool to understand:

You can contact me via email, phone or complete the form below to send me a message.

We do not collect personal information on this site unless you choose to give it to us. There are places on the site where you can choose to give us personal information, such as:
• emailing an enquiry to us
• adding a comment to our blog, noting that to make a comment on our blog, you must provide an email address so when we moderate the comment, we can contact you if necessary for clarification.
• registering your interest for future newsletters or updates

We will take all reasonable steps to ensure that information that is sensitive, private or confidential is protected from unauthorised use or disclosure.

Use of your information

We will never sell or rent your personal information to third parties. We will use information we collect from you for the primary purpose for which it is collected.

Email Newsletters and other notices

It is our policy to send emails and Newsletter emails you elect to receive. If you do not wish to receive any further information from leoniefreeman.com please contact us by email.

We use cookies on our site where they are required for particular features to work.

Updates to our information practices

We reserve the right to change this policy. By continuing to use the Website, you agree to be bound by the amended policy. You should check from time to time to see if the policy has changed.

While we have made every attempt to ensure that the information contained in this site has been obtained from reliable sources and to ensure its accuracy, we cannot guarantee it. No responsibility is assumed for any inaccuracies.
In no event will leoniefreeman.com, or employees thereof be liable for any decision made or action taken in reliance on the information in this site.

Material featured on this site, including scripts and code, belongs to leoniefreeman.com unless otherwise indicated. You can reproduce this material free of charge without further permission, so long as you:
• reproduce the material accurately
• do not use the material in a derogatory manner or a misleading context, and
• acknowledge the source and copyright status of the material.